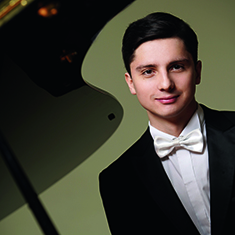 Nikolai Kuznetsov was born in Moscow in 1994 in a family of musicians. Graduated from the Gnesin School of Music (Tatiana Shklovskaya) and from the Tchaikovsky Conservatory in Moscow (prof. Sergei Dorensky), he notably studied with Andrey Pisarev, and Nikolai Lugansky During his studies he was chosen to take part in the concerts of Charity of the Vladimir Spivakov, Yury Rozum Foundation and the Culture Development Fund “Homecoming”. It has performed in most of Europe, and in Colombia. He has twice received the audience award “The Future of Russia” among others and has benefited from scholarships such as that of the Government of the Russian Federation. He has obtained a number of international prizes in Russia (Yamaha Russia Award, Balakirev competition, ...) and beyond (1st Prize at the Ricard Vines competition in Spain, 1st Prize Wandering music stars in Israel ...) 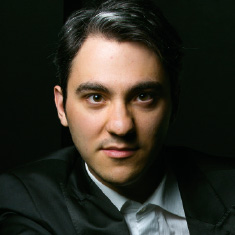 December 2015 was a turning point in Alexander Gadjiev's career. In the international Hamamatsu competition, one of the most prestigious in the world, the jury - including Martha Argerich, Akiko Ebi and Sergey Babayan among others, awarded the 1st Prize to Alexander, who also received the Audience Award. Since then, Alexander has regularly been invited to perform in Japan, as well as in prestigious Festivals such as Verbier, Düsseldorf, Kammermusik Salzburg Festival ... He has already performed in the biggest venues such as La Fenice in Venice , the Teatro Regio in Turin, the Kioi Hall and Bunka Kaikan in Tokyo, the Kitara Concert Hall in Sapporo, the Hyogo Performing Arts Center in Osaka, at Salle Cortot in Paris, or the Moscow Conservatory. His latest CD, "Literary Fantasies", is dedicated to Schumann and Liszt. "Alexander has the rare ability to hypnotize the audience. His performance of Bach / Busoni's chaconne was the highlight of the competition. I was hypnotized myself. Gadjiev has a real elegance and passion“ said Sergey Babayan about Gadjiev when he won the international Hamamatsu contest. Gadjiev studied piano with his father, Siavush Gadjiev, and at the Salzburg Mozarteum with Pavel Gililov. 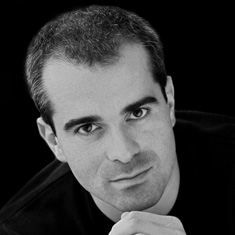 Alberto Nosè won his first award at 9 year old at the Salzburg Jugend für Mozart competition, which earned him his first tour in Italy, Austria and France. He then won the 1st prize at the Paloma O'Shea in Santander, the 5th prize at the Chopin competition in Warsaw, the 2nd prize at the Busoni in Bolzano, the 1st Maj Lind Prize in Helsinki, the 2nd Prize at the Long-Thibaud, the 2nd Prize of the London competition, etc. He also won in 2011 the Tromsø contest in Norway. Alberto performed at Carnegie Hall, the Royal Festival Hall, Queen Elizabeth Hall and Wigmore Hall, as well as Berlin's Konzerthaus, the Théâtre du Châtelet, Salle Pleyel ... Alberto played as a soloist with the London Philharmonic, The English Chamber Orchestra, the Radio France Philharmonic Orchestra, the Mexico State Symphony Orchestra, the New Japan Philharmonic, etc. The same year Naxos released a CD of Johann Christian Bach's 6 op. 17 sonatas Piano, which earned him a "SHOCK of the World of Music" and "4 Diapason. 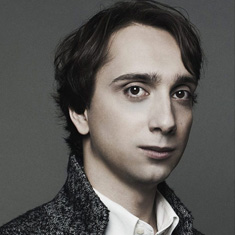 Born in St. Petersburg in 1985, Miroslav Kultyshev began to give concerts at the age of 6. At 10, he made his debut in the Great Hall of the Philharmonie in St. Petersburg with his band, singing the Concerto No. 10 by Mozart, under the direction of Yuri Terminakov. From 1995 to 2004, Miroslav Kultyshev was a fellow of the Philharmonic Society of St. Petersburg. After several victories in international competitions, he won the consecration in 2007, with the Tchaikovsky Competition. Since then, he was invited on the biggest stages the world, performing at Lincoln Center, Suntory Hall, the Mozarteum in Salzburg. 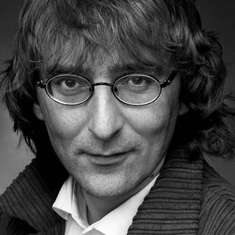 Tarasov was born into a musical family in Russia in 1971. At the age of 10 he entered the Central School of Music in Moscow under the direction of Lev Naumov. He has amassed an impressive number of awards over the years, including First Prize at the F. Busoni competition in 1995, Second Prize at the Sydney International Piano Competition in 1996 and the Monte Carlo Piano Masters in 2009. He regularly performs at recitals and concerts in Russia and France, among other countries. 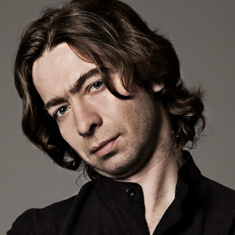 Born in Russia in 1976, Vladimir Sverdlov has the piano in his blood. He is the son of the pianist Vladimir Ashkenazy and grandson of the world famous musician Martha Argerich. He won the Reine Elisabeth de Belgique competition in 1999 and the Monte Carlo Piano Masters in 2006. A talented soloist, Sverdlov is an artist who communicates his musical vision with an irresistible intensity. 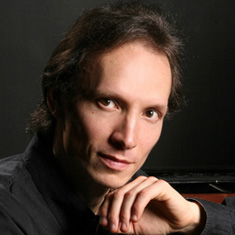 A Russian pianist born in 1971, Saitkoulov studied at the Tchaikovsky Conservatory in Moscow and graduated as a soloist in 1994. Following his success at several international competitions, including the Busoni in Bolzano and the Marguerite Long in Paris, he won the Monte Carlo Piano Masters in 2003. He gives recitals around the world, from Japan to Canada, and performs at some of the world’s biggest festivals, including Menton and Nohant. 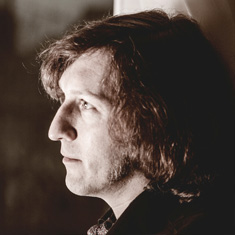 Born in 1976, Urasin is a Russian pianist who began studying the piano at the Moscow conservatory at the age of five. He is considered one of the most romantic performers of his generation. In 1995, he won the 12th International Chopin competition in Warsaw. Following his victory in Monte Carlo, he has given a series of highly successful recitals around the world. 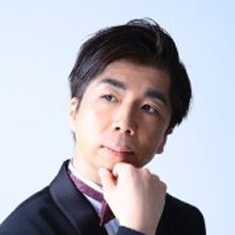 Born in Tokyo, Yamaguchi started playing piano at the age of five. A student with Hiroko Edo at the prestigious Toho-Gakuen School of Music, Tokyo, he received a German National Scholarship to continue his studies at the Universita?t der Ku?nste, Berlin, with Erich Andreas and Pascal Devoyon. Already successful at many international piano competitions, he won the Monte Carlo Piano Masters in 2000. By now, his broad concert activities include orchestra performances, recitals, and chamber music in most European countries, Japan, and the USA. 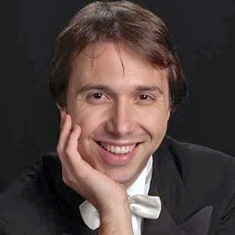 Italian pianist Maurizio Baglini (born 1975) studied at the Pisa piano academy under Piero Rattalino and Lazar Berman. Following his success at several international competitions, including the Busoni in Bolzano and Chopin in Warsaw, he won the Monte Carlo Piano Masters in 1999. Since then he has given over 900 concerts around the world and released his second CD, Liszt’s 12 Transcendental Studies (Decca), in 2010. 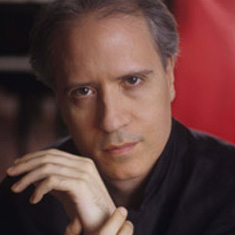 Born in Italy in 1965, Bellucci discovered the piano by accident at the age of 14. Self-taught, he went on to perform Beethoven’s 32 Piano Sonatas and, two years later, gave his first public concert. Showered with awards and international success (including the Concours Reine Elizabeth in Brussels and the Monte Carlo Piano Masters), he is now considered one of the world’s greatest pianists. 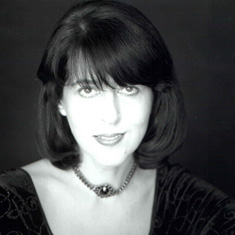 After winning the Belgrade international music competition in 1986, Troull received the Monte Carlo Piano Masters prize seven years later. She currently enjoys an international career as a soloist and also plays with the world’s finest symphony orchestras. She is now a teacher at the Moscow conservatory and is regularly called upon to sit on international competition juries. 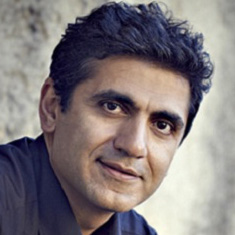 Born in 1970, Armenian pianist Vardan Maminokian began his musical studies in Moscow under the legendary Henrich Neuhass. In 1990, he received First Prize in the Yvonne Lefébure international competition in Saint-Germain-en-Laye and won the Monte Carlo Piano Masters two years later. His international career takes him to the USA, China and many other countries. He has a particular fondness for Russian and Armenian composers.